Hey, there and welcome to the Slots Capital Casino Blog - Lotty´s Adventures! – The insightful and enjoyable forum for all of you experienced professionals, aspiring gamblers and everyone with a strong interest in making a bet every now and then.

We're not going to turn down tired internet travelers who got here via the search engine algorithm's mysterious ways.

Looking for the fundamentals about how to get started in playing, specific info about a game or just a collection of fun facts?

We've got you covered!

Just ensure you consistently join up for our latest news, articles, amusing reads and interesting factoids on casino-related matters.

Enjoy the adventures of Lotty and many interesting articles of the current casino promotions! 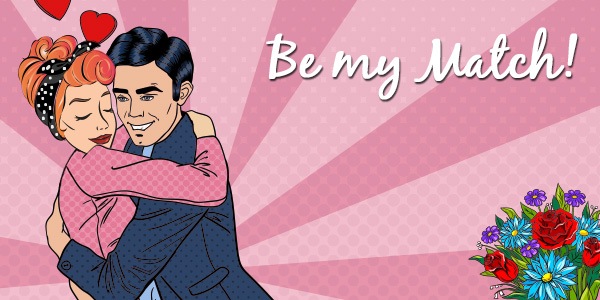 Click on the SLOTS AND GIFT GUIDE for all the bonus information, the most popular Valentine´s day games, and we are also sharing some tips for affordable love! The promotion is available between 14-21. February 2020!

Hurry up to redeem all the bonuses!

Having a Great Valentine’s Day!

February 14 can mean different things to different people, but it has certainly become one of the most important days in western society’s calendars. For many people it’s celebrated as Valentine’s Day, where items like DIY Valentine’s Day cards, flowers, chocolates and heart-shaped items fill the store stands. Others consider it as much more as they celebrate friendship and enjoying the time spent together with loved ones.

Nowadays people associate it with romantic love and Valentine’s Day Gifts, as well as an opportunity to enjoy the valentine’s-themed items such as Valentine’s Slots! Only in the United States, around 190 million Valentine’s Day cards are sent each year, and it’s now a major source of economic activity.

Cupid - yes that popular winged (and naked) character that usually holds a bow full of heart-pointed arrows is perhaps more popular in Valentine’s Day than the original St. Valentine! In Roman Mythology, Cupid was the son of Venus -goddess of love and beauty- and could shoot said arrows at both gods and humans, causing them to fall instantly in love with one another!

Cupid is sometimes shown blindfolded, because love is blind! There’s no doubt as to why this character is considered the face of Valentine’s Day!

All About the Gifts?

It has always been a tradition for lovers to exchange gifts, with the most popular being flowers, Valentine’s Day cards and chocolate. A flower bouquet has been a symbol of love at least since the 17th century, with the rose supposed to be the favorite flower of Venus, the Goddess of Love, because it stood for strong feelings, while chocolate has been extremely popular in the western world since Spanish explorers brought it from the New World in the 17th century.

Many couples anticipate this date even months before it happens, trying to find the perfect gift , but others try to create their own traditions for Valentine’s Day, like going to the movies, dinner at a fancy restaurant, having a walk under the starts or even have fun playing Valentine’s Slots!

Valentine’s Day chocolate lovers can thank Richard Cadbury for the delicious boxes given on February 14th. He came up with a smart design for boxes for his new chocolates, including special Valentine’s Day ones with cupids and roses.

This legendary poet and play-writer, regarded as the greatest writer in the English language and the world's greatest dramatist, mentions Saint Valentine's Day in A Midsummer Night's Dream and in Hamlet since the 17th century, referring to the superstition that if two single people meet on the morning of Saint Valentine's Day they will likely get married.

Valentine’s Day All Over The World!

Valentine’s day is celebrated in all corners of the world, with little changes on the way each culture celebrate the holiday with their loved ones. In Denmark, people exchange pressed white flowers called snowdrops instead of roses, and in France they host an event called the loterie d'amour, or "drawing for love”, where people get paired with a random “Valentine” by taking turns.

In South Korea, Valentine’s Day gift giving starts on February 14th, but there women treat their men with chocolates, candies and flowers. One month later the tables turn and on March 14th, White Day, men not give their girls chocolates and flowers, as well as an extra gift!

China also have their Qixi, or the Seventh Night Festival, falling on the seventh day of the seventh lunar month each year, where women offer fruits to Zhinu, a heavenly king's daughter, in hopes of finding a good husband.

Valentine’s Gifts and cards are two of the most popular symbols of the holiday nowadays, which is celebrated in most countries, with different cultures developing their own traditions surrounding this holiday.

Marriage proposals are also a popular occurrence on Valentine's Day, and it’s often chosen as the best day to express their love and commitment to their significant other, making it a memorable experience for both!

Modern couples also love spending time together, and that is why new traditions like enjoying Valentine’s Slots together while they win big cash prizes to share in a Valentine’s date! Particularly Rival Slots offer players with some of the best Valentine’s themed titles, with the best animated effects around.

Best Valentine’s Activities To Do

Instead of thinking about buying expensive Valentine’s Day Gifts, many people prefer to simply choose a fun activity that will make you both enjoy the moment in different ways:

Some of the most played and sought after Rival Slots titles are Valentine’s Slots like Mighty Aphrodite, Swinging Sweethearts, and For Love and Money. Whether you like to celebrate Valentine’s Day or not, most online casinos feature Valentine’s Slots - many with extra bonuses and promotions due to the holiday.

Why Do We Call People Our “Valentines”?

It’s very common to call your Valentine’s Gifts recipients as your “Valentine”, and there’s a good reason why we do this. As the legend says, when St. Valentine was in prison, he prayed with the daughter of one of his judges and cured her blindness, and before his execution he wrote her a letter - signing it “From your Valentine”. It seems the signature caught on and it’s now used to show affection.

While in the Victorian era, people gave roses as Valentine’s Day gifts - specially the red ones which meant romance. They’re also very cheap! Roses travel all over the world from countries like Colombia and Costa Rica to meet the demand of millions of “Valentines”!

There’s also another reason why roses are so popular on Valentine’s Day: they can bloom in February! Rose growers can control what temperature they’re stored at to make them open just in time for Valentine’s Day.
No matter how we express our love for Valentine’s Day, we will always find a good Valentine’s Slot powered by Rival. Rival Slots has the best games to express your feelings and win great prizes along the way, and these three Valentine’s-themed titles will get you in the mood for some romantic inspiration to win!

There are also plenty of other exciting titles with a huge variety of themes and tastes for all members that will make them enjoy Valentine’s Day in their own way! You can immerse yourself in the themes and mood of the romance surrounding the holiday or you could distract yourself from it by playing a completely different game! Either way, there will always be a positive outcome full of prizes for you!