July is the Month of Ice Cream!

“I guess ice cream is one of those things that are beyond imagination” ~ L.M. Montgomery 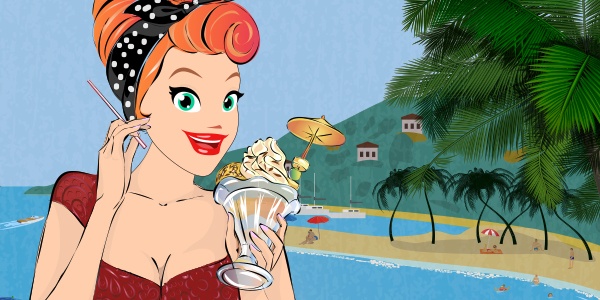 July is the Month of Ice Cream!

I Scream, You Scream, We All Scream for Ice Cream! Ice Cream is without a doubt the perfect dessert ever devised by man. But how it all began? Ice Cream was first said to be created in Ancient Greece before the idea of a refrigerator ever came to pass. The so-called “Ice Cream” was incredibly rudimentary, being a mixture of snow honey and fruit, but it was still the beginnings of a great tradition. The first true Ice Cream was said to be introduced by Catherine de’ Medici in the 16th century. So impressed was Charles I of England (one hundred years after this introduction) that he paid to keep the formula secret, making ice cream a royal prerogative, utterly unobtainable by the common man. The first recorded recipes didn’t exist until the 18th century. Truly Ice Cream was a treat meant for the most notable of humans, and now we can all enjoy it any day of the year! Ice Cream Month encourages us to be particularly indulgent during the month of July!

Check out our special cool bonuses!