Having an eye on Cleopatra´s Gold?

Get 50 free spins on Cleopatra´s Gold! 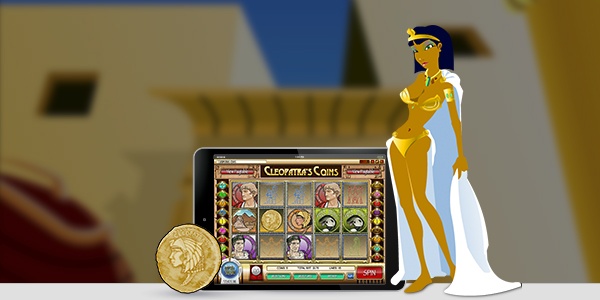 Time for you to join the Royal Queen

Take a look at some of these great game features:

She was the last active ruler of the Ptolemaic Kingdom of Egypt, nominally survived as pharaoh by her son Caesarion. She was also a diplomat, naval commander, linguist, and medical author. As a member of the Ptolemaic dynasty, she was a descendant of its founder Ptolemy I Soter, a Macedonian Greek general and companion of Alexander the Great. After the death of Cleopatra, Egypt became a province of the Roman Empire, marking the end of the Hellenistic period that had lasted since the reign of Alexander (336–323 BC). Her native language was Koine Greek and she was the first Ptolemaic ruler to learn the Egyptian language. Cleopatra's legacy survives in numerous works of art, both ancient and modern, and many dramatizations of incidents from her life in literature and other media. She was described in various works of Roman historiography and featured heavily in ancient Latin poetry. The latter produced a generally polemic and negative view of the queen that pervaded later Medieval and Renaissance literature. In the visual arts, ancient depictions of Cleopatra include Roman and Ptolemaic coinage, statues, busts, reliefs, cameo glass, cameo carvings, and paintings. She was the subject of many works in Renaissance and Baroque art, which included sculptures, paintings, poetry, theatrical dramas such as William Shakespeare's Antony and Cleopatra and operas such as George Frideric Handel's Giulio Cesare in Egitto. In modern times Cleopatra has appeared in both the applied and fine arts, burlesque satire, Hollywood films such as Cleopatra (1963), and brand images for commercial products, becoming a pop culture icon of Egyptomania since the Victorian era.

Check out our special Royal Bonus!