Star Slots – a Spin far away to a Paying Orbit

"In a galaxy far, far away, the winnings are waiting for the players to be triggered. The winning orbit may open up to the one who dares to spin the reels."

Slots Capital has the best casino games and always aims for more. Not even the sky is our limit; we want to explore the galaxy of online slots. In Star Slots, you'll be joining a group of humans and aliens on an interstellar adventure on the winning way.

This five-reel, twenty-payline slot will take your slot game to new heights of online casino games. Climb aboard these futuristic spaceships and you'll be flying off to earn some massive cash prizes in no time. 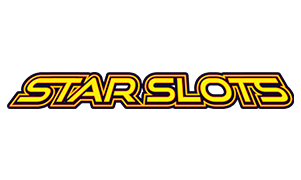 Of course, a fitting surrounding can't be missed when the game is about a futuristic galaxy, sitting in a spaceship, dodging around asteroids on your way to the big hit. In the clear universe, the journey through the stars begins for you.

With the adventurous soundtrack, you will be dragged into the mysterious, clear but shining galaxy. A galaxy that is full of winnings and glory. Turn on the heroic sound for a better slot experience.

The Characters in the winning Galaxy

In every galaxy, you will find wild creatures, fantastic main characters, and an evil villain. At the Star Slots online casino game few characters are accompanying you having fun while playing. Like a real star, you will be accompanied by Korbont, Lance, Crystaley, Tobias, and a slew more characters on your quest for real rewards and big wins.

Lance, the Hero of the Galaxy

At Star Slots a hero named Lance will save you in volatile moments while spinning. Lance is also the wild symbol, and when he appears on the reels, he will award you with a multiplier.

While Lance is the wild (Hero) of the game, Tobias is the bonus symbol. Once he appears, he will launch a fun extra game for you. The next magical stars are reached within no time when Tobias is on your side!

Whoever thought a princess needs to be saved is wrong ... at least in Star Slots! The princess is a tough cookie with luck-boosting weapons! Trigger princess Crystaley at least three times on the field and free spins will be awarded! The free spins can go up to 30 galactic free spins, if triggered at the same time as the wild symbols. 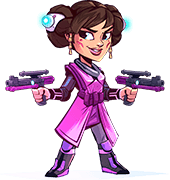 What would be an interstellar storyline without a villain? Probably not so adventurous. Korbont, the Villain, appears on the reels and on the "Double up Feature." Are you able to compete against him? Find it out in Star Slots.

The adventurous intergalactic Star Slots game offers the best entertainment and revolutionary new features. With its bonuses you will for sure have fun while playing. Besides the action-loaded extras you can win real prizes while spinning and playing!

While making your way through the galaxy you might have some time to spare. Use that time wisely with Tobias and his training sequences to keep you in shape. The training scene feature is activated in the slot game by landing three or more Tobias symbols

Tobias prepared some tasks for you in the three sequences: Training, Fighting, and Space Battle. Players execute several tasks in each scenario in exchange for financial incentives in the online slots of stars.

Win huge cash at the Wild Spinning feature. This feature is triggered if a wild symbol assists in the formation of a win or is part of a combination that triggers the free spins or bonus game. If the wild is part of a winning combination, players will receive a 3x multiplier.

A hero supports his princes, so no wonder that if this feature is triggered while the scatter, the princess, appears, they will award up to 30 free spins. Finally, it will determine which of the bonus games is enabled if it is part of the bonus pattern.

You hit the right combination for some real money rewards and you want to go for more? It is possible to double your profits after any winning spin. To play the mini-game, simply click the blue 'Double Up' button. Best of all, you can keep doubling your gains by continuing to play.

Star Slots offers not only rewards of up to 1,000 coins but also the possibility to win a massive progressive jackpot at any time. The jackpot is won at random so that you could win it with a bit of luck after only a few spins of the reels. While you won't be able to use the money to travel to space, you can certainly use it for your own travels. 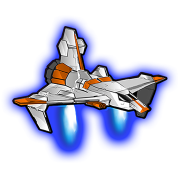 The Galaxy is not as far away as you might think

The Galaxy of Star slots is not far away. The slot game Star Slots is entirely mobile compatible, so you can embark on this fantastic adventure from the comfort of your home or on your next adventure, simply by using your smartphone or tablet.

Join Slots Capital Casino today and enjoy the amazing slots machine games. Star Slots is the game you want to play as a huge fan of the Star Wars universe. We guarantee you'll be feeling over the top cruising through the stars while enjoying the best slots of entertainment. Let your journey begin here and now at Slots Capital!