Your source for breaking casino news. Get the latest on new casino development and new game releases! Our online casino blog features the most interesting, engaging and informative stories about the new games from Rival, Arrow´s Edge, Betsoft, Dragon Gaming, Saucify and Qora!

Jump on board and let Jason and the Argonauts set sail in the directions of huge winnings.

With the fantastic graphic from game provider Qora, you will have a fun time playing Jason's Quest. The icons and the reels appear at the sail of the Argo, the ship itself. While playing you will see huge rock cliffs in the back and cash in the front.

Hitting the spin button in Jason's Quest will make 5 reels move for you. In its 25 paylines, great treasures from old times are waiting for you. Start playing and win big with a minimum bet amount of $0.01 per line. While you can select the coin value per line, the maximum bet you can spend per spin is $50. Jasons Quest slot game allows you to change the number of paylines selected, making it a penny slot.

A thrilling experience with wild symbols, bonus rounds, well-known characters, and huge winnings is waiting for you in this online slot at Slots Capital!

Every story, every saga and every spin at Slots Capital are having one thing in common. There are characters known well by name. In Jason's Quest, not the slot game this time, Jason appeared as the well-known main character. On his adventure with the Argonauts, he was looking for the golden fleece. The saga may ring a bell to you and if not, we are sure it will, while you are spinning through the game. 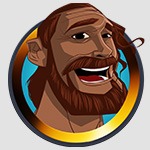 The game icon of Jason is one of the high valued symbols that can appear on the 5 reel slot. With him, you will be on a great adventure for gold and honor. Win real money when he appears on the fields.

The Greek god of the seas. Poseidon is known as being moody, bad-tempered and greedy compared to the other Olympian gods of his time. As a god, it shouldn't wonder you that he also contributes to the higher valued symbols.

Medea the sorceress who helped Jason survive the two tasks given by king Aertes. Jason received magic oil from Medea that protects him from the fiery breath of the bull. Thus Medea should not be missed in the online slot Jason's Quest. As the two above, she counts to the higher valued icons.

In every mythology, there are heroes on a mission, villains who have to be defeated and special items on the hero's adventure. In the adventurous slot game Jason's Quest, you shall come across glorious icons on your way to the big win!

The wild substitute for all symbols, except the Golden Fleece, the scatter symbol. The wild is helping you to win and the highest win will be paid, once at least one wild symbol is included.

The golden fleece, the scatter symbol of the game, Jason was searching for can appear on any of the reels in the casino game. The scatter pays at any position. All good things are coming in three - it is said. As soon as it appears at least three times, the golden ram head shall bring you luck. Once the golden ram head appears at least three times on the reels, it will trigger the Bonus Level Feature. 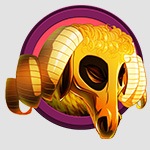 The legend says that one who fights the scariest monsters is the one to deserve the glory and the money. At Jason's Quest slot game there are three bonus rounds that you can play. One is automatically available and the other two will be unlocked with collected gems. The more gems you collect throughout spinning through the story of Jason, the more features will have available to choose from.

The gems appear randomly in the game and will be added instantly to your count at the top of your game screen. Collect 15 gems and the second feature will be available for you. Once you collected 30 gems, the third level of bonus features will become available. 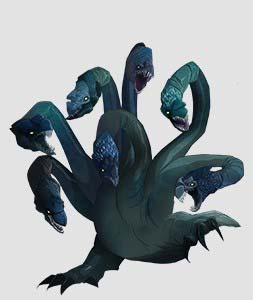 Are you ready to face the monsters and creatures of long-forgotten times?

The cyclops is a mythical creature from ancient times. They appear in many sagas and it is said that they only had one eye. No wonder the cyclops is keeping an eye on you while spinning! When the cyclops feature is selected you will be granted 10 free spins with doubled multiplier.

Cutting off one of Hydra's heads leads to two heads growing back instantly. In this slot game, only benefits for you are coming after! You will be rewarded with great prices, instead of two growing back heads! In this feature, you get to select three times which head of the Hydra you want to attack. Once you clicked on it, one of the Argonauts will help reveal what you've won! With each attack, you can either win a certain multiplayer or credits!

Army of the skeletons

Last but not least, we are having an army of skeletons. Those who are fighting without fear. But no worries, the Skeleton Army only appears if you let them, but once they do; they have something thrilling for you!

First of all, 8 free spins will be granted, which will have special "skeleton" shields. Any such special symbol prompts you to pick one out of three shields. The selected shield will give you the chance to switch for a game symbol or a credit award. If it's a game icon, all the skeleton icons will be replaced with the revealed one.

If you are lucky to trigger the scatter symbol three or more times, additional 8 free spins shall be yours! 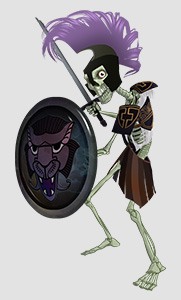 Jasons Quest slot game will award you with real money prizes, great storytelling, and great graphics as long as you are ready for the journey to the golden fleece with Jason, the Argonaut.

Join Slots Capital and enjoy the online slot machines. From the classic slot machine to the newer video slots, we have it all!