Your source for breaking casino news. Get the latest on new casino development and new game releases! Our online casino blog features the most interesting, engaging and informative stories about the new games from Rival, Arrow´s Edge, Betsoft, Dragon Gaming, Saucify and Qora!

Genesis Island - The Fight for Winnings Is Worth It!

Stay cautioned - the monstrosities of Genesis Island are after you. Defeat them and get rewarded enormous! 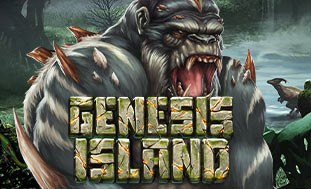 The Dangerous and Huge Forest in Genesis Island

Ever wondered what it must have been living in the primeval area trying to make your way through the dark continent's mysteries? Log in at Slots Capital Casino and start spinning the Genesis Island slot game to find out!

With the 20 paylines within the 3 x5 reels the game developer Qora games did a fantastic job in letting you sniff the air of wild times! Not only the winnings are big, also the icons can appear as mega symbols.

With the minimum bet per single spin of $25 and a maximum of $10.000 you can decide how much you want to wager. Simply adjust the bet amount per spin in the game settings at the bottom. The low volatility of Genesis Island slot game pays left to right.

Besides the primeval background of swamps and bones, you will discover the creatures stamping around. The fearless gigantic monstrosities are helping you to win big, as they are!

Some creatures from the past are still confirmed. So why can't it be that there was a multi-armed monster? Maybe it was the hunter in the water and on Genesis Island it comes out of the water to defend your winnings!

The kind of jungle appears in different games. At Genesis island slot game he appears to be a brutal fighter for your winnings! Trigger him and you will see how fierce fighting he truly is!

When we think of primitive times, the sharp-teethed predator most likely is about to come up our heads. Well, in this game the predator of Genesis Island is here to hunt the prey, the winnings, with you!

All of the above game symbols can appear as mega symbols on the reels.

Play Genesis island and get amazed by the features this online casino game has to offer!

The feature of mega reels can be triggered after any random spin. Once this happens, you will see one of the higher valued icons appearing in big if not gigantic size.

Similar to the eye-catching logo, the free spin icon is looking like stone lettering. Trigger this icon as a mega icon to cover three reels and Genesis Island will award you with 10 free spins. The evolution mega spins feature can be retriggered within the free spin round.

The Wild symbol is represented by an erupting Volcano. When you trigger the Volcano on the field it erupts in your favor, with golden coins instead of lava coming out. The wild icon expands on one or two reels or even expands to cover 3 reels completely!

Genesis island stands for huge winnings, maximum entertainment and high-end graphics. Play Genesis Island today at Slots Capital and see what the medium volatility game offers! Convince yourself of the existence of the primal time!