A monster does not always have to be scary. Frankenslot's monster even helps you get paid big!

October, the season of the spooky flair, is just around the corner. Betsoft games have released two new games at Slots Capital Casino just in time. Let us introduce you to a new season of online casino games. Do you dare to meet our new monstrous friend - Frankenslots Monster?

The new slot game with the same name is full of thrilling excitement, spooky features, bonuses, and just the right flair for the upcoming season.

Frankenstein's Monster is built from various parts, as it is said. Let's look at his namesake at Betsoft games and what you can expect there.

Frankenslots Monster, the Slot Game With Many Different Details

In the field of 3 x 5 reels, electrifying winnings are waiting for you in 20 paylines. Pull the trigger, let the electric energy flow, and Frankenslots Monster move! Every time you hit one of the numerous winning combinations, he proudly smiles at you. That's the kind of support we want to see 😉.

The laboratory of the mad scientist is well equipped. The one or another glass jar on the shelf, electrical wires here and there, and bubbling glass sphere setups on the table. The mysterious machines connected to the cables, and in certain situations to the friendly monster, are supporting you, triggering a big win, even with the minimum coin value of $0.20 per spin. 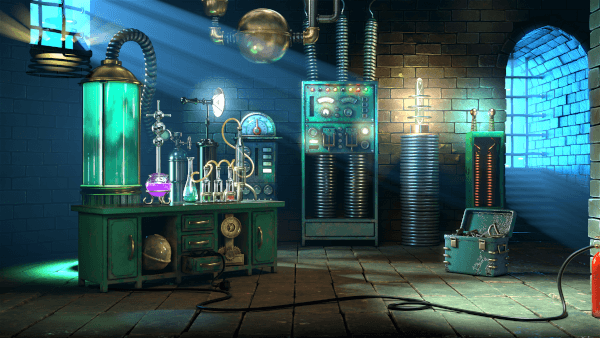 The main audio track still is left out for some surprise. Frankenslot's Monster will surely be up to some mischievous sound for the gameplay. There is no need for a trick or treat; the music will give you the right feeling. One thing for sure is when the sound of the spinning reels starts, it reminds you of someone trying to sneak up on you. Who knows, may the winnings are chasing you and not the other way around?

All the components above make Frankenslot's Monster slot a perfect fit for Halloween casino games to play this year. The best is yet to come; there are monster-tastic bonuses waiting for you! Keep an eye open! 👀

What would be Betsoft gaming without nice bonus rounds, bonus symbols, and special features? Right, a scary Halloween Joke 👻. Play Frankenslot's Monster, and you will see that there is nothing to be scared about. The game is packed with bonus games, high-end graphics, and everything else you need in a mad scientist's laboratory.

Expect the unexpected! You can take that for granted at this spooky yet friendly casino slot game. After each spin in the free spins round, it can happen that one, two, or even three icons will be replaced by the wild symbol randomly. Online casinos are fun, and we are sure this feature provides lots of fun and winnings!

If you are seeking to trigger a bonus game icon during the free spins feature, we have to say that this icon only is appearing in the basic game spins. Nevertheless, the big cash still is possible with the right icons.

The game offers a bonus round to all the players who dare to step into the world of Frankenslot's Monster. The bonus symbol, represented by a red controlling panel, may appear on reels 1, 3, and 5. In the base game, credits are paid, and the bonus round is activated once three of the red bonus symbol appear. 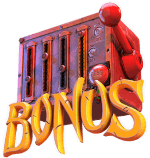 The bonus feature lets you control how much of a shock the monster is getting. Adjust the control panel shown, pull down the handle, and see what happens. Both the monster and the player will be surprised as the sparks fly around, the monster getting an electric shock and coins falling into your account balance. When the trigger is pulled, you may earn up to 25x your total bet amount as a reward!

The wild icon can't be dismissed! With the lightning and energetic appearance, the wild symbol of Frankenslot's Monster slot can substitute for any symbol except the scatter and bonus icons.

Even in the free spin bonus feature, the wild replaces all icons except the scatter. That is indeed energetic and electrifying and wild, isn't it?

Do You Dare to Play the Double-Up Feature?

Many new games give you the chance to double up your winnings. So does Frankenslot's Monster. When you trigger winnings, the feature can be played.

You have the option to bet 50% of the winnings on doubling that amount. If you like it risky and thrilling, you can also wager all your winnings, and with some luck, you will end up with a doubled amount in your pocket! Decide if you want to place your bet on the head or tail and if you select the correct side of the coin, you win!

If you wish for more thrill in the game and the coin toss ends in your favor, you can continue to flip the coin until it lands on the other side chosen, or you simply have enough of flipping and want to go back spinning 😉. 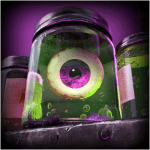 The heads or tails feature can only be enjoyed in the basic game. The bonus round or free spins feature is already great as they are; thus no need to flip a coin there.

Log into your Slots Capital account on the 10th of October and see the new game in the casino lobby. Play Frankenslot's Monster, get yourself in the spooky season mood, and win big!